In-Person Church Services are suspended until further notice, per UUA recommendation. Please Click Here for the latest on UUCE and COVID-19.

Empowered by love, we transform ourselves and serve our world 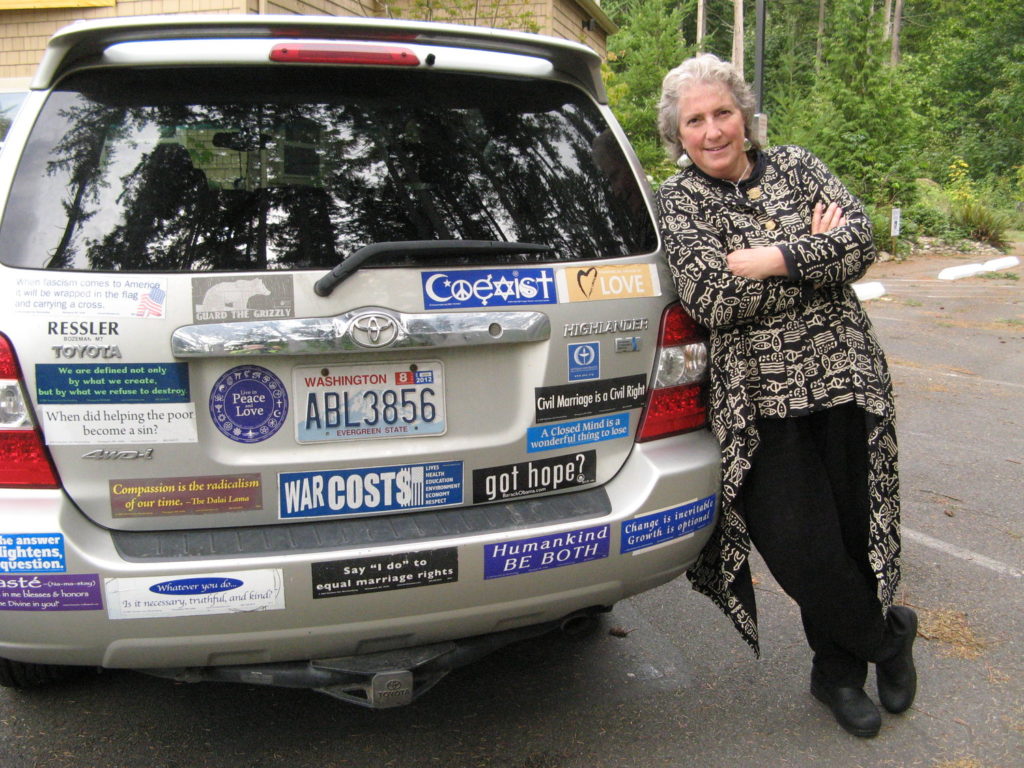 I am thrilled to be serving as the developmental minister at the Unitarian Universalist Church in Eugene through June of 2022. I like to joke that I come “pre-fired” as developmental ministry is by nature, a limited one with a definite beginning and end. Ironically, I am ending my ministerial career where I began it in 1981 when I did my seminary internship at a campus ministry at the U of O. Eugene has changed a lot since then and hopefully, so have I!

After graduating from Yale Divinity School, I took a position in campus ministry at Oregon State University in Corvallis which had a focus on social justice. From there I moved into youth ministry at the First Congregational United Church of Christ in Corvallis and eventually into the position of associate minister at that church. During my tenure there I took youth on 11 mission trips both in country and internationally. I also created a group for adults called “Older but None the Wiser” for adults who wanted to do some traveling in country.

In the summer of 2000 I traveled with UCC and UU youth to Transylvania for a youth conference as well as to travel to important historical UU sites. That trip solidified something that had been brewing in me for a long time: I needed more theological room than I had in the UUC. I went directly from that trip to the national UCC youth event in Ames, Iowa. When I saw youth on stage with their hands raised and waving in praise to Jesus, I walked out. This was not the church I had grown up in anymore and it was not the church I could serve with integrity. I began the journey toward dual standing with the UCC and the UUA.

The first UU congregation I served was in Bozeman, Montana. Just as the Corvallis UCC church had grown me up as a minister, the Bozeman congregation taught me how to be a UU minister. I loved my 7 years there and Montana and its landscape will always have a hold on my soul. I then accepted a position at the Woodinville UU Church outside of Seattle. I had longed to be closer to family and friends in the Pacific Northwest. I continued to learn and grow in my ministry in the 8 years I served the Woodinville congregation. I left when I realized that I had given them all I knew how to give them. It was time for someone else to take them to the next step.

Like every other position I have held in ministry, the position of developmental minister at the UU Church in Eugene fell to me out of the sky. As the saying goes, “Life is what happens when you are busy making other plans.” And so here I am in Eugene!

A bit more about me: I am a broken-down ex-jock with 4 artificial joints. I have learned to play pickleball as a compromise. I still hike, kayak, and love to rock hound and look for chanterelle mushrooms. I consider rocks, bones, and feathers to be my treasures. I enjoy birding but am able only to recognize only a few of the raptors I so adore. I have two phobias: snakes and dust bunnies. I believe in playing really loud rock when cleaning house. I prefer milk over dark chocolate, chai over coffee. I am a born-again carnivore after 26 years as a vegetarian. I don’t drink or drug- been there, done that, over it. I don’t tend to get jokes though I love to laugh. I read fiction as I believe it holds its own truths. My taste in film runs toward drama because it is not my own. Whenever Wendell Berry’s “despair for the world grows in me,” I seek out the wild natural places for solace and renewal. I am owned by a mini Australian Shepherd/mini Poodle named Oso. As in , “Oh so cute, Oh so bad, Oh so smart, Oh so sweet, Oh so pesty, Oh so…” My son and his wife and infant daughter live in Seattle. I also have two grandsons who reside in Texas. I have 8 nieces and nephews and 13 great nieces and nephews.

On my gravestone I want these words to be inscribed: “Only Connect.” Which is really a moot point as I intend to be cremated.

I am filled with gratitude…